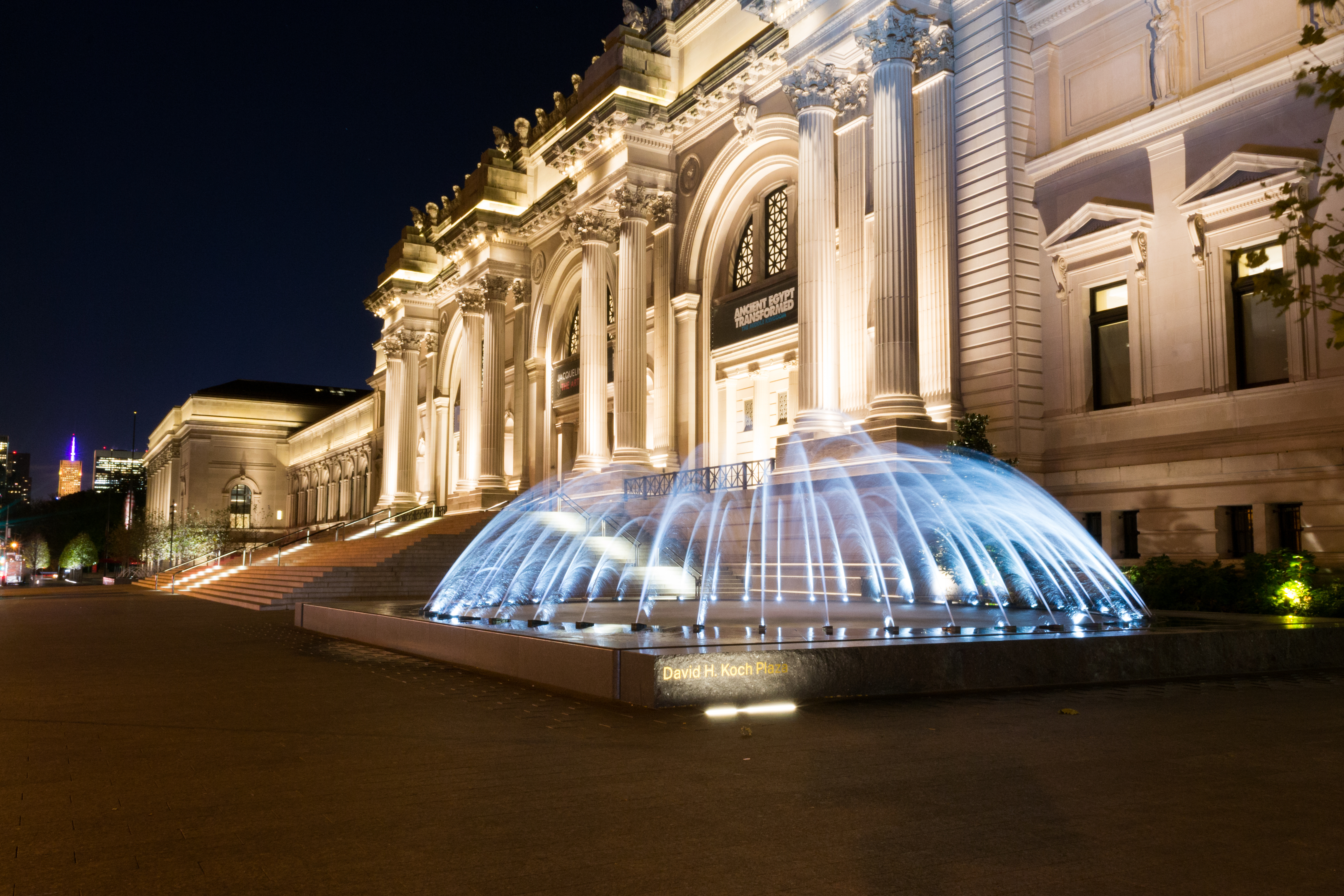 The Met Gala was described most accurately by Vogue affiliate Andre Leon Talley as ‘the Super Bowl of fashion events’ and is the only fundraiser where you won’t find selfies, publicists and Coco Rocha, as all are reportedly banned. The first Monday in May marks the grand opening of the annual glitzy, blockbuster style Gala benefit at the Metropolitan Museum of Art. Each year, US Vogue editor Anna Wintour, her army of generals at the magazine and curator Andrew Bolton pledge their support to raise money for the Costume Institute. Ticket prices are over £20,000 and tables are priced at £200,000 – last years affair raised in excess of £9 million. 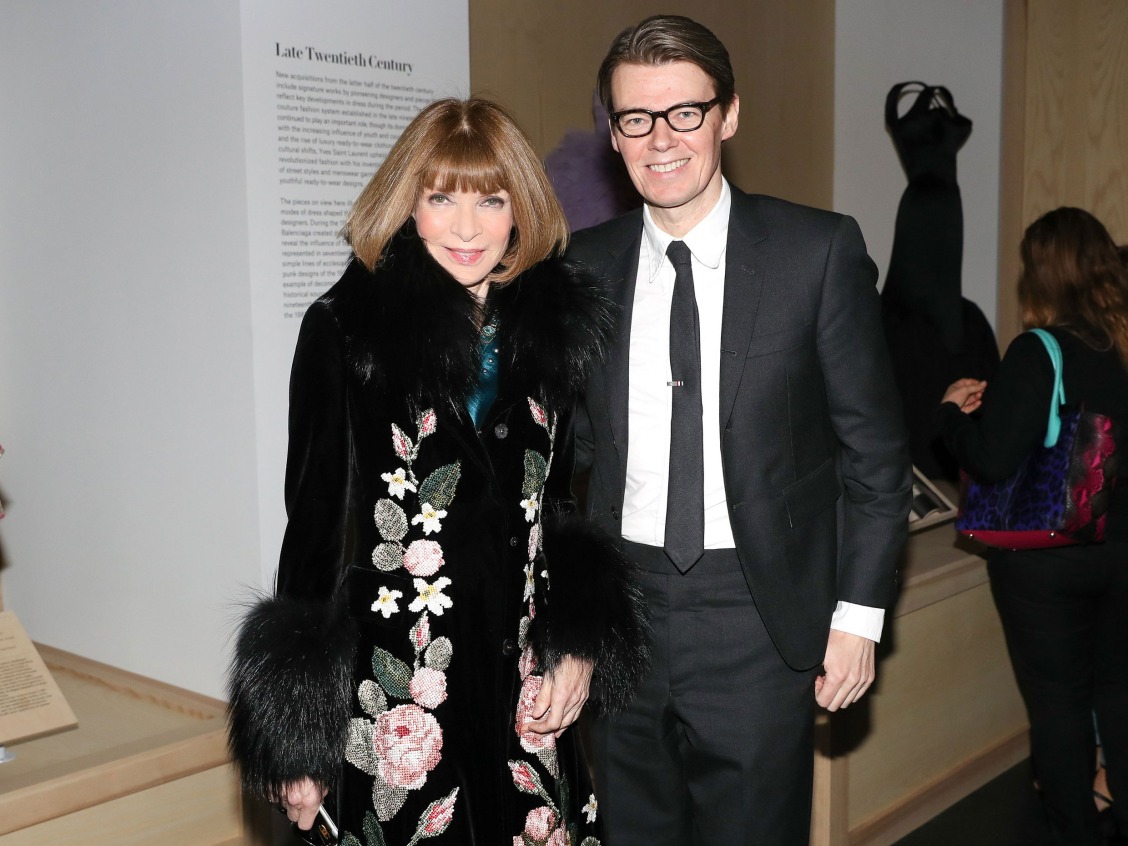 Throughout its 73 year history, patrons attending the soiree (designers, celebrities, politicians, prominent business people) are tasked to uphold dress code, taking cue from the theme of the exhibition. Past displays have included; China: Through the Looking Glass, Punk: Chaos to Couture and Anglo Mania: Tradition and Transgression in British Fashion, however the focus of this years high profile charity event is thought to be the most controversial yet.

For 2018, the theme is Heavenly Bodies: Fashion and the Catholic Imagination. Note: no crucifixes, capes, tiaras of thorns or swaddling cloth. Religion has proved to be a great source of inspiration for the creative arts industry and has featured in pieces by all the greats. Think Leonardo da Vinci’s gigantic mural of The Last Supper or Shakespeare’s referencing of the afterlife throughout his work. More recently and less appropriately, comedian Elijah Daniel provided his modern day interpretation of the Bible to include Donald Trump as Satan, a Jesus that turned water into mimosas and Rihanna as God. A strange coincidence that the much-worshipped songstress will be co-hosting the Gala this year… 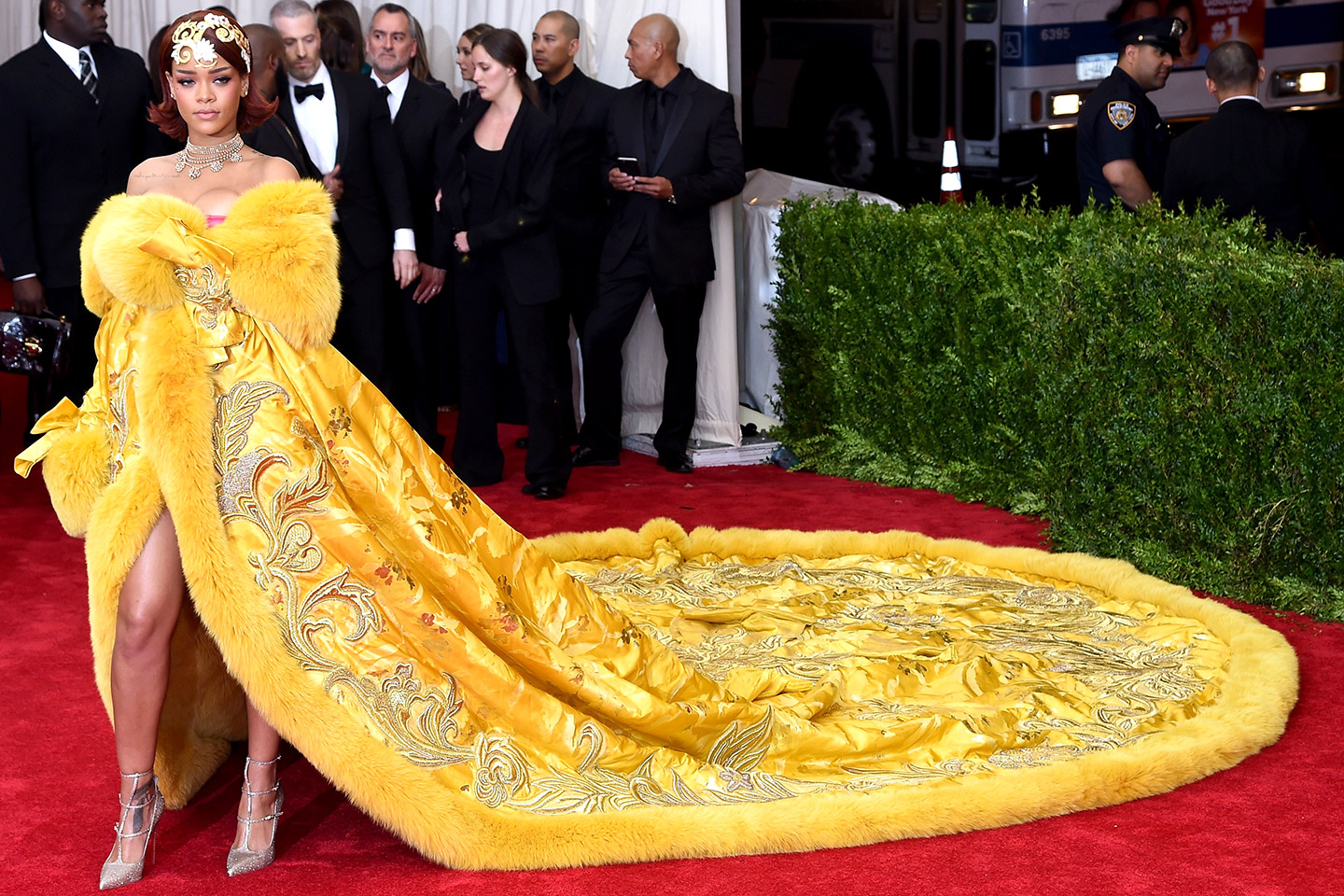 For avid advocates of the arts, it will come as no surprise that the Fashion Bible takes creative insight from the actual Bible. For instance, French designer Jean Paul Gaultier has been referencing Catholicism in reverence since the 80s, with stained glass window prints and Virgin Mary inspired hairdos. Though Gaultier’s penchant for pontification may have been the most publicised, he is not the only culprit. It would be easier to count the times Christian Lacroix made pieces that weren’t derived from religious iconography, than those adorned with paper doily halos, gold crucifixes and holy embroidery. Models in his campaigns and catwalks have been so heavily decorated with pomp and ornamentation, that you would be forgiven for kneeling before them if they passed you in the street. 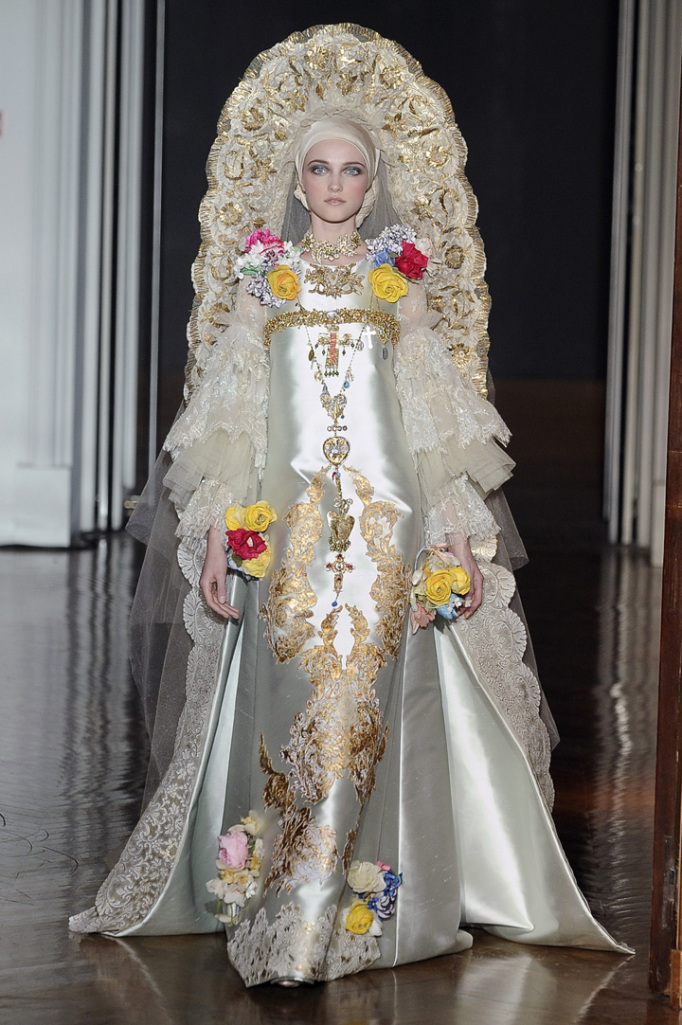 Unsurprisingly, the majority of ecclesiastically inclined designers are from Roman Catholicism’s capital, Italy. Religious motifs are practically the calling card of Italian designers. Dolce & Gabbana’s Fall Winter 2014 presentation, ‘Tailored Mosaic’ saw the Milanese Design House experiment with the 6th century mosaics from the Italian Cathedral of Monreale. Versace also tend to include similar religious imagery, they sent Nicki Minaj to the 54th Grammy Awards dressed as a priest. Following closely in scriptural pursuit is Ricardo Tisci, whose work at Givenchy was heavily inspired by his Catholic upbringing. Tisci’s use of provocative religious symbolism during his tenure at Givenchy resulted in a raised profile for the brand, new clients and a signature look that we may see referenced during the Gala on May 7th.

As an indicator of what to expect, we suggest looking to Madonna (not to be confused with The Madonna) who has been photographed on the red carpet of the Met Gala since 1997, is muse to many designers and is renowned for her ability to turn heads. Though she has been threatened with ex-communication (her previous world tours have been described by prominent members of the Church as a “blasphemous challenge to the faith and a profanation of the cross”) we’re sure that the ‘Queen of pop’ is set to sport a sectarian style shocker at the event. For her, nothing is sacrosanct and her theological inspirations run across decades. The central themes during her 1990 Blond Ambition Tour were Catholicism and Sexuality which engendered controversy.

Other celebrity attendees may include Lady Gaga who’s provocation of faith ranges from latex cassocks, habits and beehive crucifixes. We are sure to see Kim Kardashian and her disciples, who will probably ‘break the internet’ in something sheer and sparkly. Met Gala veteran, Katy Perry may even recycle her 2013 look: a Dolce & Gabbana cocktail dress featuring the Virgin Mary.

Wherever inspiration is found for the festivities expect the extraordinary abilities of the design house artisans to be on show – we predict exquisite, intricate displays of craftsmanship to adorn accessories and a love of rich textures and bold hues to be evident throughout the evening. 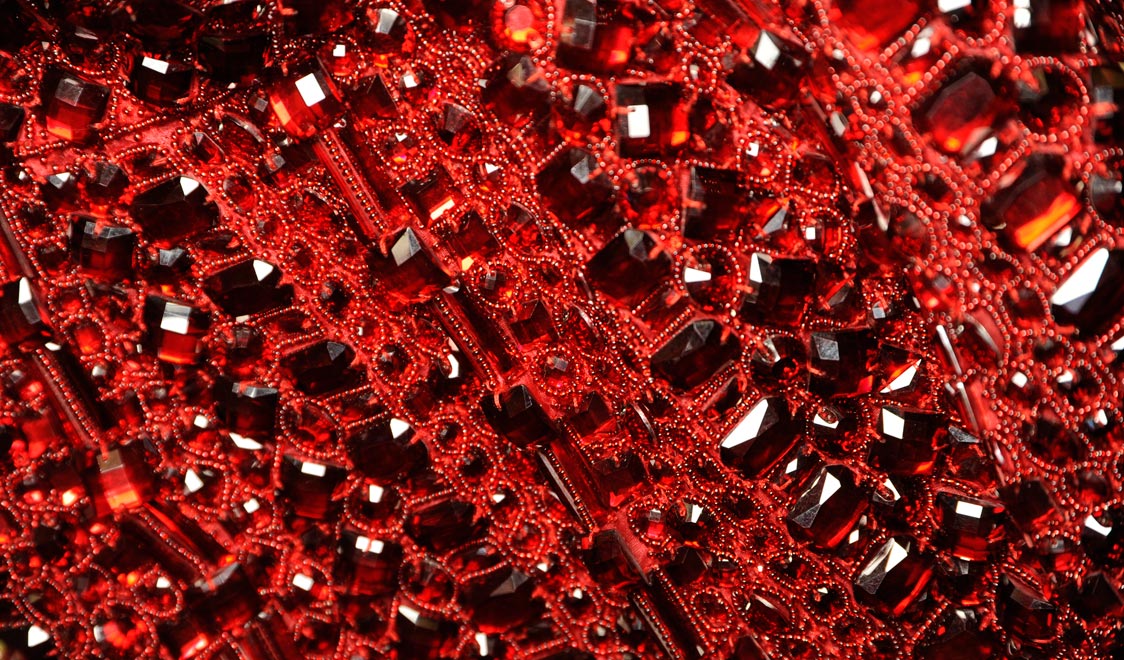 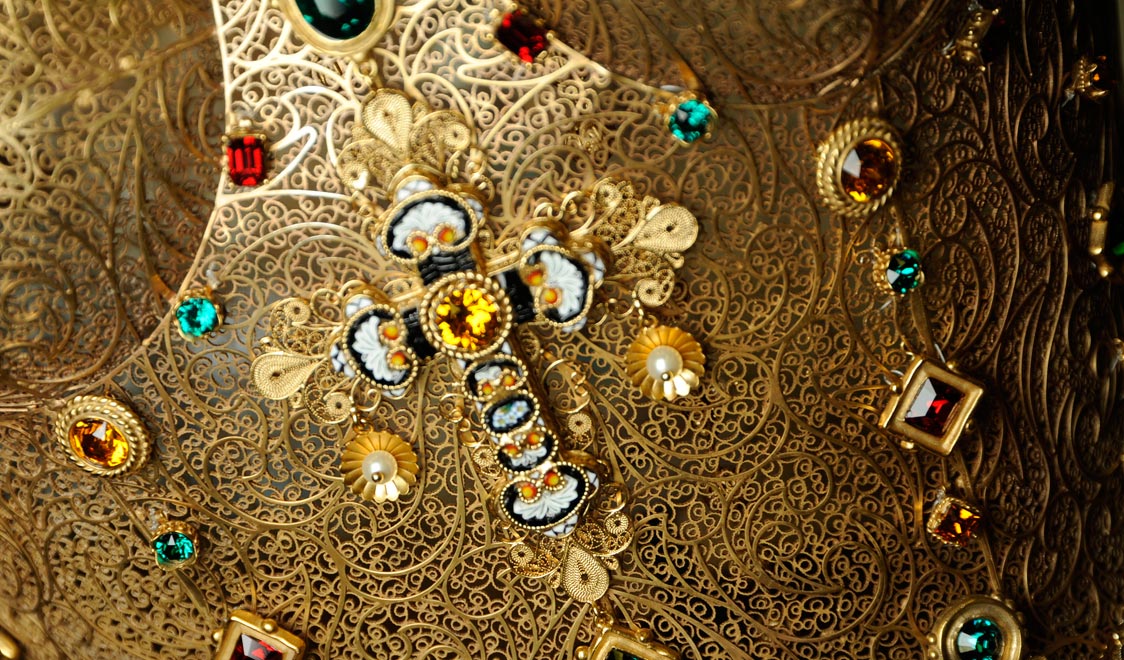 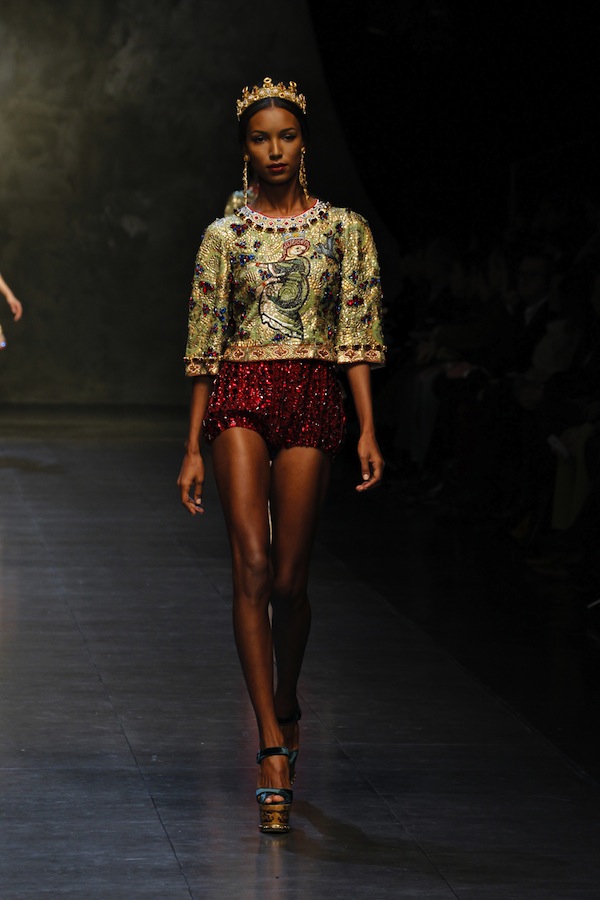 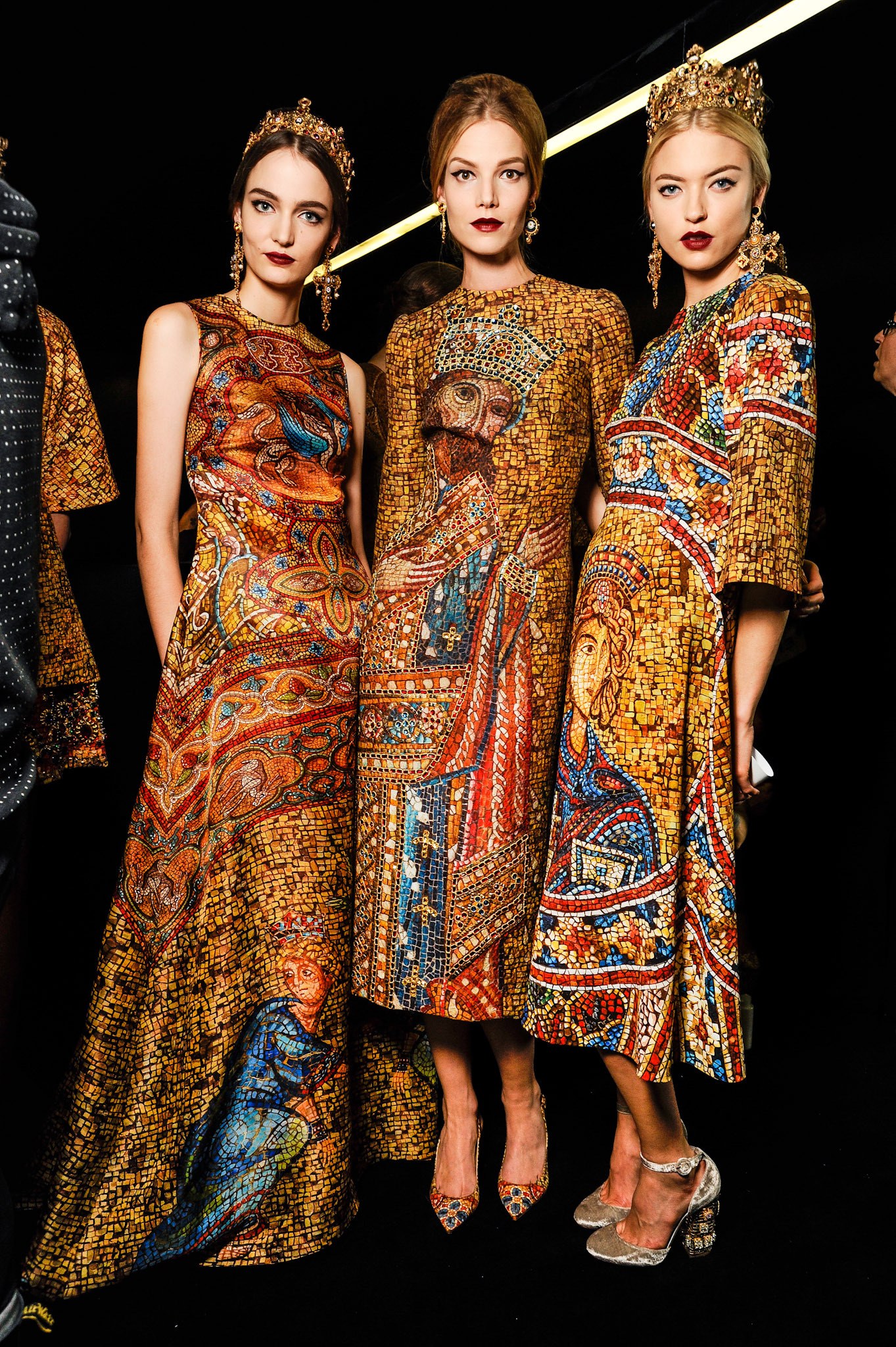